MonteVideo and Presa House Gallery are excited to announce the official film lineup for Raza Cósmica: A constellation of classic and contemporary Latinx science fiction. The inaugural MonteVideo screenings will take place on October 9, 12, 14, and 23, 2021 spotlighting 10 standout films and 12 celebrated filmmakers, including San Antonio natives Miguel Alvarez and Grace Goen. 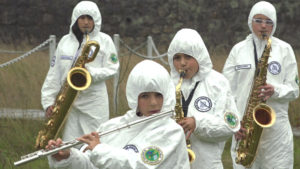 A school orchestra is taken by surprise when they stumble upon a telecommunication antenna that was abandoned in the Colombian tropics—a symbol of failed progress. Now, it has become an archaeological relic of the future.

About the Directors
La Decanatura is a collective composed of Bogotá-based artists Elkin Calderon Guevara and Diego Piñeros García, whose projects generate new approaches to art from hybrid perspectives and disciplines, questioning hegemonic forms of knowledge and power. La Decanatura mobilizes displacement and recontextualization in order to explore alternate presents and futures, and to create links between memory and the ruins of the past in order to question our assumptions of reality and linear readings of history. 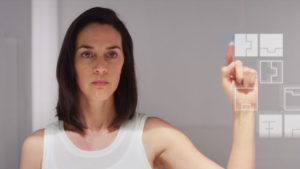 Luz lives alone in an empty city in the future. When her routine is disrupted by the mysterious appearance of a window on the building across the street, she struggles to meet the woman inside.

About the Director
Originally from Mexico City, Maru Buendia-Senties is an award-winning Writer/Director currently living in Los Angeles. As a winner of the Princess Grace Award and the Latino Lens Narrative Incubator by the National Association of Latino Independent Producers, Maru follows her passion to make action, horror, and sci-fi films. She has managed VFX production for films by Sony, Screen Gems, and Annapurna. She has an MFA in Film Production from the University of Texas at Austin. 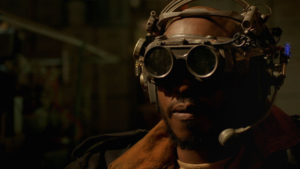 A deep-space transmitter pilot begins to experience unusual flashbacks while in orbit around a newly discovered moon. Alone on his ship, he must uncover the truth behind the reawakening of his long-forgotten memories.

About the Director
A former mechanical engineer and comic book nerd, Miguel Alvarez is now an award-winning independent filmmaker living in Austin, Texas. His films have screened around the world and have garnered awards from the Directors’ Guild of America, Panavision’s Emerging Filmmaker program, the National Hispanic Foundation for the Arts, the National Association of Latino Arts and Culture, and the Austin Film Society. He holds both a BS in Mechanical Engineering and MFA in Film Production from the University of Texas at Austin where he continues to lecture today. 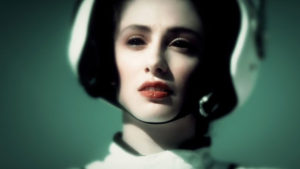 The Gliders of Arco-do-Santi (26 mins)

A female android has to convince her supervisor and only friend to break her out of the post-apocalypse wind farm for which they work, for mysterious reasons and at great cost to their lives.

About the Director
Jaime Cano is an Emmy award-winning filmmaker, sci-fi visionary, motion graphics designer and digital media alchemist.  After earning his MFA from the University of Texas at Austin in 2012, he has worked in feature film, interactive, broadcast and online campaigns. 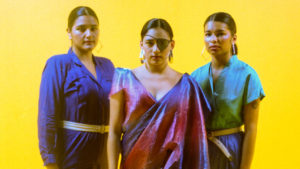 Civil war has begun on Planet Jaba. General Oz vows to destroy all cultural artifacts that have kept the people connected to their past. In resistance, Fela has stolen their most important artifact and escaped to their ancient homeland of California.

About the Directors
Benjamin Huerta is a San Diego native and independent filmmaker whose credits include short films Chicana Stardust, Spiritualized, and I Heard Two Gunshots at Morning which was a 2019 official selection of the National Film Festival for Talented Youth. He has also worked with local arts organizations including The Holyfield, Black Xpression, and Good Faith Art Gallery.

Itamar Lilienthal is a multimedia artist based in Las Californias. He is also the founder of Casa Tamarindo; a circular research + design house that explores how to build bridges between the worlds of art, sustainability and vernacular culture. Work ranges from film, fashion, product design, set design, and much more. Previous collaborators include Patagonia, Space 10, Raveena, A Reason to Survive, among others. 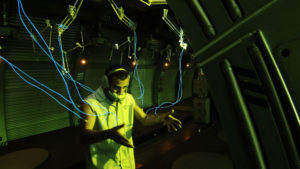 Memo Cruz is a young man in near-future Mexico. When his family is victim of a misguided drone attack, he finds himself with no option but to head north, towards the U.S./Mexico border. Memo’s search for a better future leads him to love, loss, and a confrontation with a mysterious figure from his past.

About the Director
Alex Rivera is a filmmaker who has been telling new, urgent, and visually adventurous Latino stories for more than twenty years. His first feature film, Sleep Dealer, won multiple awards at the 2008 Sundance Film Festival and the Berlin International Film Festival. Rivera’s second feature film, a documentary/scripted hybrid, The Infiltrators, won both the Audience Award and the Innovators Award in the NEXT section of the 2019 Sundance Film Festival.

To support Latinx-themed independent film screenings for underserved San Antonio communities via non-traditional venues. MonteVideo is supported by the National Association of Latino Arts and Cultures, Southwest Airlines, the City of San Antonio Department of Arts & Culture through a grant from the NALAC Fund for the Arts Grant Program, and the Luminaria Artist Foundation.