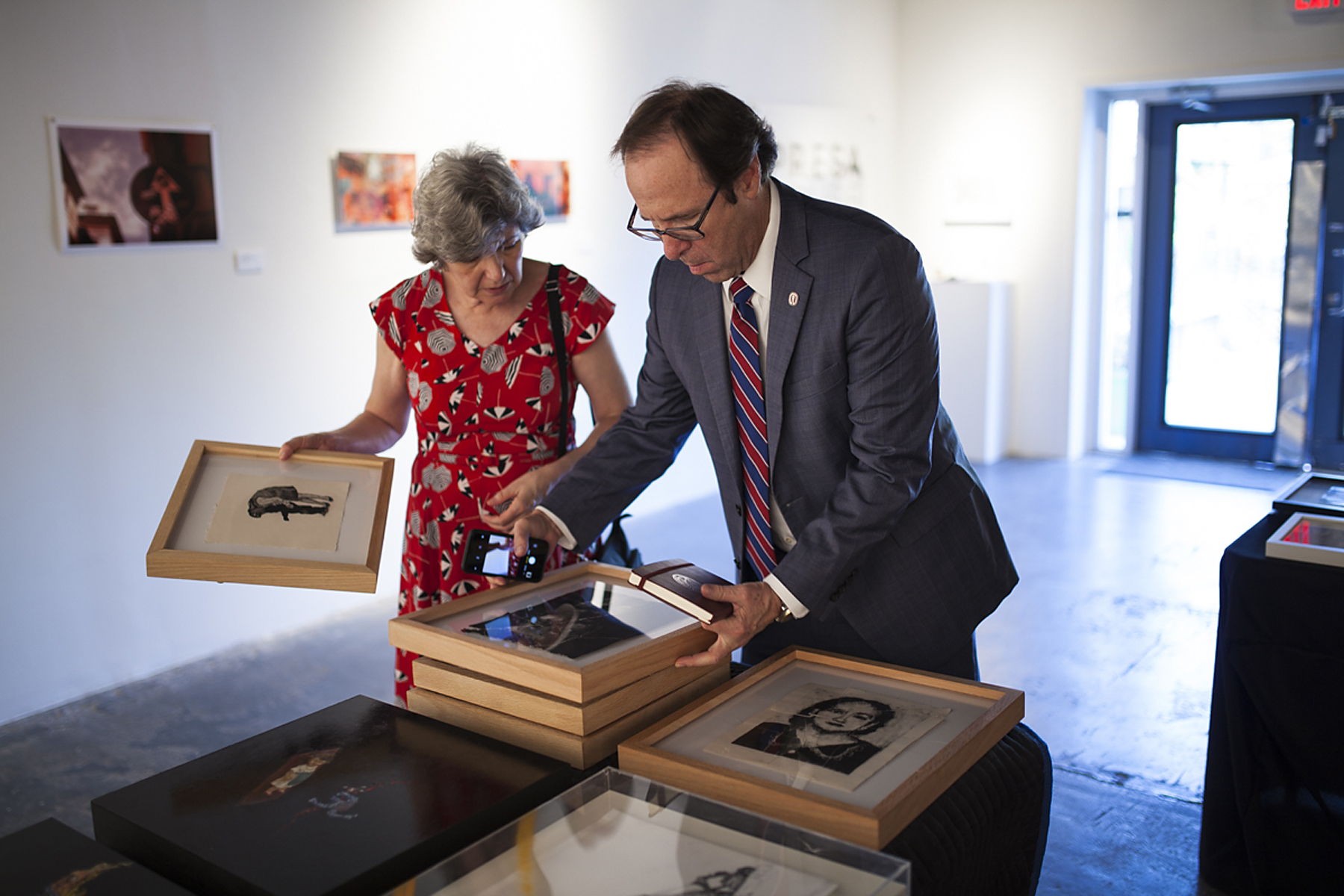 Presa House Gallery has been invited to participate in this year’s 7th annual Art to the Power of Ten hosted by the McNay Art Museum. This one-night event benefiting the McNay’s acquisition fund for contemporary art, features ten Texas galleries and arts organizations. The evening includes live music, appetizers, and specialty cocktails by Bohanan’s Prime Steaks & Seafood, Peggy’s on the Green, and the San Antonio Cocktail Conference. A unique feature of this year’s event connects participating galleries with a local celebrity guest curator. Presa House is thrilled to have teamed up with Trinity University President Dr. Danny Anderson.

A native Texan, and Trinity University’s 19th president, Dr. Anderson began his academic career in 1985 at the University of Texas in Austin. He received a bachelor of arts in Spanish from Austin College and a master’s and doctorate in Spanish at the University of Kansas. An award-winning teacher and a specialist in Mexican literature and cultural studies, his research examines the history of literary publishing houses and the social history of literary reading in Mexico. He has published two books and more than 20 scholarly articles. Dr. Anderson and his wife, Kimberly, are proud parents to two adult children and a dachshund named Willy.

Presa House Gallery would like to thank Trinity University President Dr. Danny Anderson and his wife Kimberly for their time and partnership,

Rigoberto Luna has curated an inviting collection of pieces for Presa House Gallery. Emphasizing artists from San Antonio, South Texas, border cities, and Mexico, many of the works at Presa House Gallery privilege visual story telling. Pieces by Rolando Briseno provide a broad historical overview of his multifaceted style based on details from everyday life. The haunting triptych by Patricia Guerrero projects life, death, and magic into abandoned children’s toys, imagining the ways they were used or could be used. Jason Eric Gonzales Martinez’s sculptures invite us to see cockroaches in aesthetic ways, perhaps creating our own tales of a Tejano Gregor Samsa. The pieces that struck me as a group, and that I have selected as a guest curator, are the works by Allison C Valdivia. Valdivia’s works masterfully show how the visual image, capturing a fleeting moment in time, can invite viewers to think toward—to see toward—the ideals and realities that shape guilty emotions common to modern families, the narratives that shape our lives, our families, and our identities. By seeing our relationships in our brokenness and by connecting with her works, Valdivia paradoxically makes us feel more whole, more connected, complete. – Trinity University President, Dr. Danny Anderson