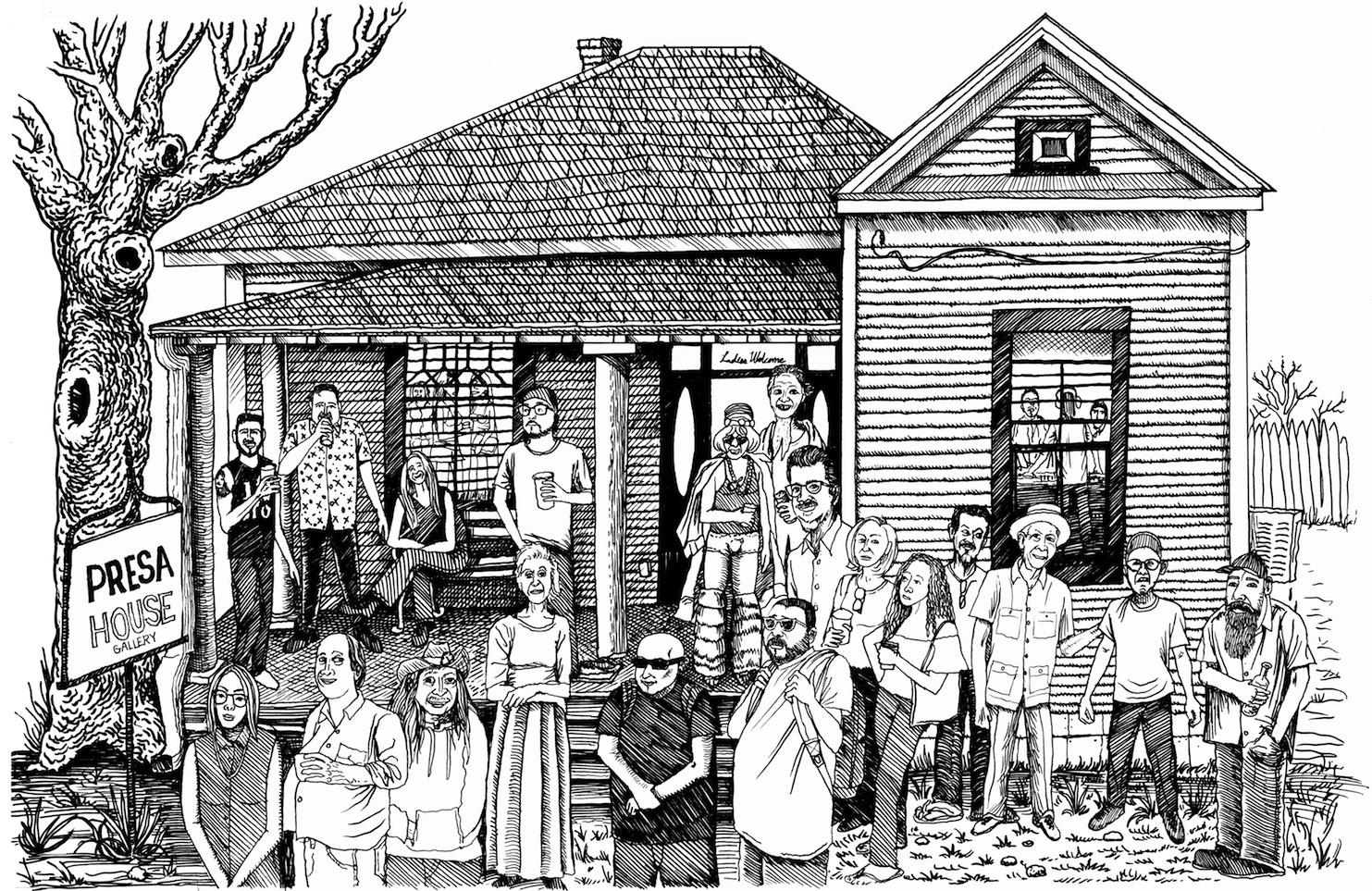 For what’s sure to be a lively welcome home celebration, Presa House will open its doors anew on December 1 for a First Friday reception featuring a one-night-only performance by interdisciplinary artist and educator Mark McCoin and the UTSA New Media Collective. Then, on December 16, the gallery will host the first San Antonio exhibition of works by Benjie Escobar, a multimedia California artist who draws inspiration from “his childhood in Pomona, lowrider culture, graffiti, raves, streetwear, 1990s culture, typography, professional design and illustration… all tinged with a bit of snarky humor.” Luna says he plans to pair Escobar with local artists Sabrina Alfaro (Xingona Prints) and Gilbert Martinez (Forreal Art) and round out the opening reception with vendors offering handcrafted items.

We all have our burdens to bear — sometimes physically and sometimes emotionally. Evoking the title …