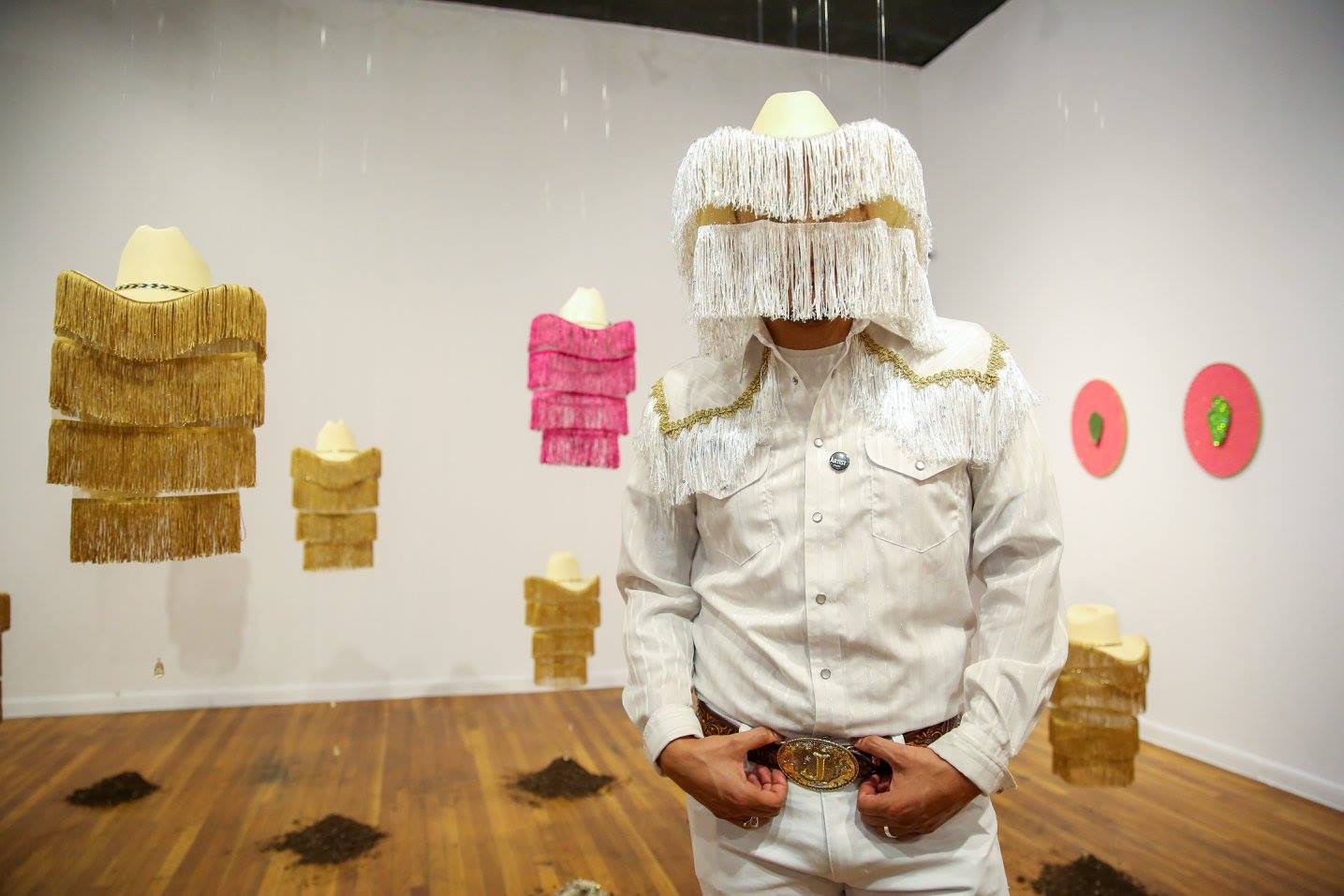 Out in SA / By Sam Sanchez

Work by gay San Antonio artist Jose Villalobos will take center stage at the Presa House Gallery in an exhibit that opens on March 1. The title of the show, Cicatrices, translates into English as “Scars.”

Last January, Villalobos was the recipient of a $25,000 Painters and Sculptors grant from the Joan Mitchell Foundation. He was the only Texas artist to receive one of the 25 grants awarded this year.

“It was surreal that I was selected,” Villalobos told the San Antonio Current at the time. “When I got nominated to apply, for some reason I had this self-doubt. But that goes to show that the work speaks for itself. I feel very honored to be among the recipients for this award … This reassures what I’m doing and I feel like someone is looking at my work.”

In a report on Villalobos in the Current, Marco Aquino wrote, “Born along the U.S.-Mexico border in the city of El Paso, Villalobos is largely influenced by the merging of cultures and takes a particular interest in the use of language and its ever-evolving nature. His work explores gender norms, gay identity and the effects of an overbearing patriarchal society.”

Over time, Villalobos has initiated explorations into men’s fashion and the deconstruction of masculine symbols by repurposing cowboy attire. In 2017, he told Out In SA, “When I was a lot younger my mother used to always say that I was going to be a fashion designer and I would always deny it,” he said. “I would always say ‘No, that’s gay!’ because I was hiding myself. … I’ve always loved creating something that goes over a person, clothing and accessories and things like that. … I think my goal is altering certain things … to change the perspective people have of certain clothing. It’s like bending reality.”

In announcing Villalobos’ latest exhibit Presa House says in a press release, “In Cicatrices, Villalobos juxtaposes distress with a feeling of comfort deriving from patriarchal and religious social structures which marginalize gay identity. Using found objects, he manipulates material through the context of self-identity as he examines gender roles within family culture.”

“Cicatrices,” a solo exhibition by Jose Villalobos at Presa House Gallery, 725 S. Presa. Opening night reception featuring a live performance by the artist, on Friday, March 1 from 6:00 to 11:00 p.m. The exhibit is on view by appointment and runs through March 30.

By Michael Agresta | December 13, 2021 The Rio Grande Valley is not one of the easier places in Amer…

The trappings of South Texas Latino culture get an irreverant, flamboyant spin in the work of multim…