Launched in October of 2016 in a homey Southtown locale, Presa House Gallery is technically still in its infancy — which is somewhat hard to believe considering its robust fan base and steady track record of exhibitions. Co-founded by artists Jenelle Esparza and Rigoberto Luna, the aptly named favorite hooked us — and many others — early on with a Morrissey-inspired group show (“November Spawned a Moz Show”) and we haven’t stopped returning for smartly curated exhibitions that get revealed during First Friday celebrations with puro San Anto house-party vibes. Described by McNay Art Museum Director Richard Aste in a 2018 Sotheby’s article as “a wonderful showplace for emerging talent in the city’s thriving arts scene,” Presa House also wins props for recognizing of under-appreciated San Antonio artists and an inclusive bent that’s resulted in collaborations with artists, curators and galleries from Austin, Brownsville, Corpus Christi, Los Angeles, New York and Mexico. 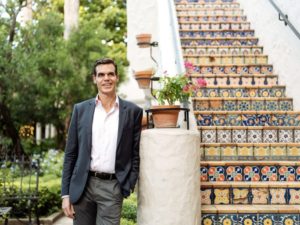 There is a ceaseless, almost hungry quality to the creativity of Robert Jackson Harrington. He paint…

Rainey Knudson and Christina Rees on death row last suppers, how to stage a massive video show, and …

Despite its melancholy overtones and references to “bad memories” and a relationship that never was,…