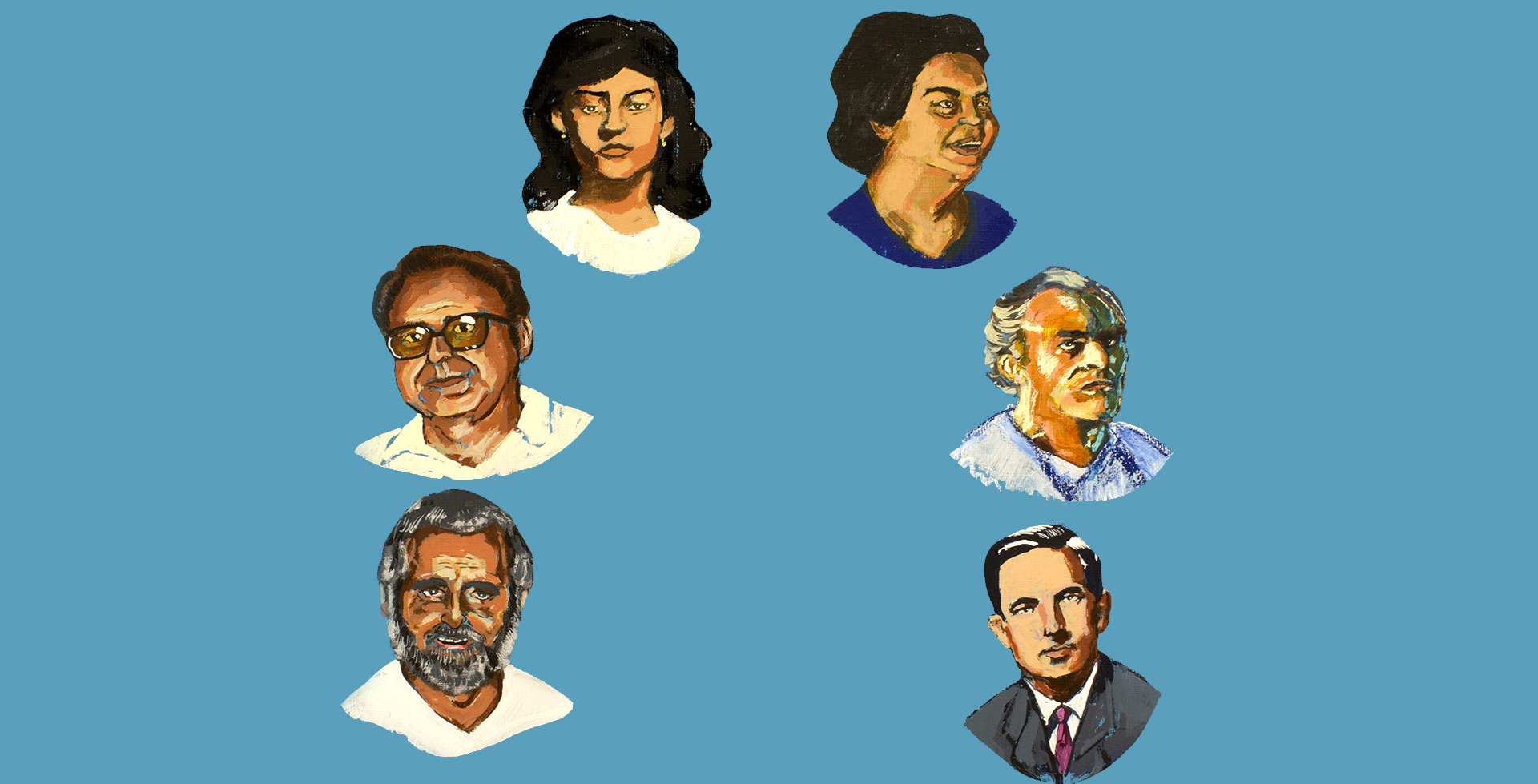 As a first-generation Salvadoran-American, born and raised in Southeast Los Angeles, Galileo Gonzalez explores honor, resilience, and memory in his upcoming exhibition at Presa House Gallery. En honor, or, “In honor,” is an exhibition that celebrates the artist’s deceased Salvadoran loved ones, influential figures, and Salvadoran culture. Through a collection of portraits, family photographs, and installation Galileo reflects on his loss, his relationship with each subject and the influence they had on his life.

Like many first-generation immigrants, Galileo Gonzalez grew up not knowing much of his family and culture’s history. He shared, “there was almost no mention of the war, history, or anything about El Salvador for that matter. This, alongside xenophobic attacks from Mexican-Americans, made it very difficult for me to have any sense of belonging.” It wasn’t until a car ride with his grandmother in 2015 that Galileo Gonzalez became interested in Salvadoran history. “Out of the blue, she started talking about her life during the Salvadoran Civil War, from the bombings around her village to the image of a head that she once saw that has been permanently scarred in her brain,” he added.

What started off in 2017 as a body of work based on this unspoken history of El Salvador has now evolved into a large-scale, lifetime project for the artist. While this is no easy task, Gonzalez has taken on the responsibility of cataloging, researching, and recording his family history alongside that of El Salvador’s. Gonzalez stated, “through this process, I got to see a reflection of myself, whether through [family] attributes or physical characteristics.”

He began working on the exhibit with the original intention of honoring the loss of his cousin on Christmas Day in 2006 but soon came to realize how the cultural concept of remembrance and honor transcended generations. Gonzalez shared that while working on this series, “I learned about the upbringings of the family members I portrayed, their struggles, and how they overcame them in one form or another. I also learned to open up with my extended family from both sides, and my work has had unanimous praise from them and made me realize how truly important all this is.” With a total of eight portraits in the exhibition, six are Gonzalez’s family members and family friends, while the remaining two are Rufina Amaya and the Jesuit Martyrs.

Despite not having any familial ties to Amaya and the Jesuit Martyrs, Gonzalez saw a much deeper connection —resilience. Galileo Gonzalez shared, “Salvadorans are special in the fact that you can throw anything at us– war, poverty, famine, gang violence, etc.– yet we’re always going to come out unfazed and will keep going forward. It’s something that I’ve personally experienced but never understood until now.” During the civil war, a group of U.S.-trained soldiers entered the campus of the University of Central America in San Salvador and assassinated six Jesuit priests, their cook, and her daughter as retaliation against Ignacio Ellacuria, who was himself one of the victims.

Similarly, passing at age 64, Rufina Amaya saw Salvadoran troops slaughter her family and many others in her village of El Mozote. As the only witness, she dedicated her life to speaking about the massacre. Alongside these paintings, Gonzalez also includes an installation as a tribute to Amaya’s village that was almost wiped out on December 10, 1981. Gonzalez built a life-size coffin with the help of a carpenter, Robert Nañes, which will be presented in the middle of a makeshift living room. Galileo Gonzalez shared his excitement to see people’s reactions to his first installation.

As a child of Salvadoran diaspora, Gonzalez recognizes the importance of keeping history alive. He uses his art to bridge the gap between the Salvadoran Civil War and his family history as Salvadoran-Americans. Through his art he examines this intergenerational trauma and has learned to articulate an unspoken narrative. He strongly believes that while the war might be over, the war against the truth is still waging.

Not only is Gonzalez ending 2019 in honoring and remembering resilience at Presa House Gallery, but he is also part of a group exhibition curated by Veronica Melendez at Duke University that highlights the Central American Diaspora as a whole. Gonzalez also has work at Cerritos College. Stay up to date on his upcoming projects and exhibitions by following Galileo Gonzalez on Instagram. The opening reception for En honor is First Friday, December 6, from 6 to 11 pm. Oh, and did we mention that there will be tamales?! In the words of the artist himself “come early or lose out.” Follow Presa House’s Instagram and Facebook to keep up to date on the artist talk, closing reception (December 28), and more.

There is a ceaseless, almost hungry quality to the creativity of Robert Jackson Harrington. He paint…