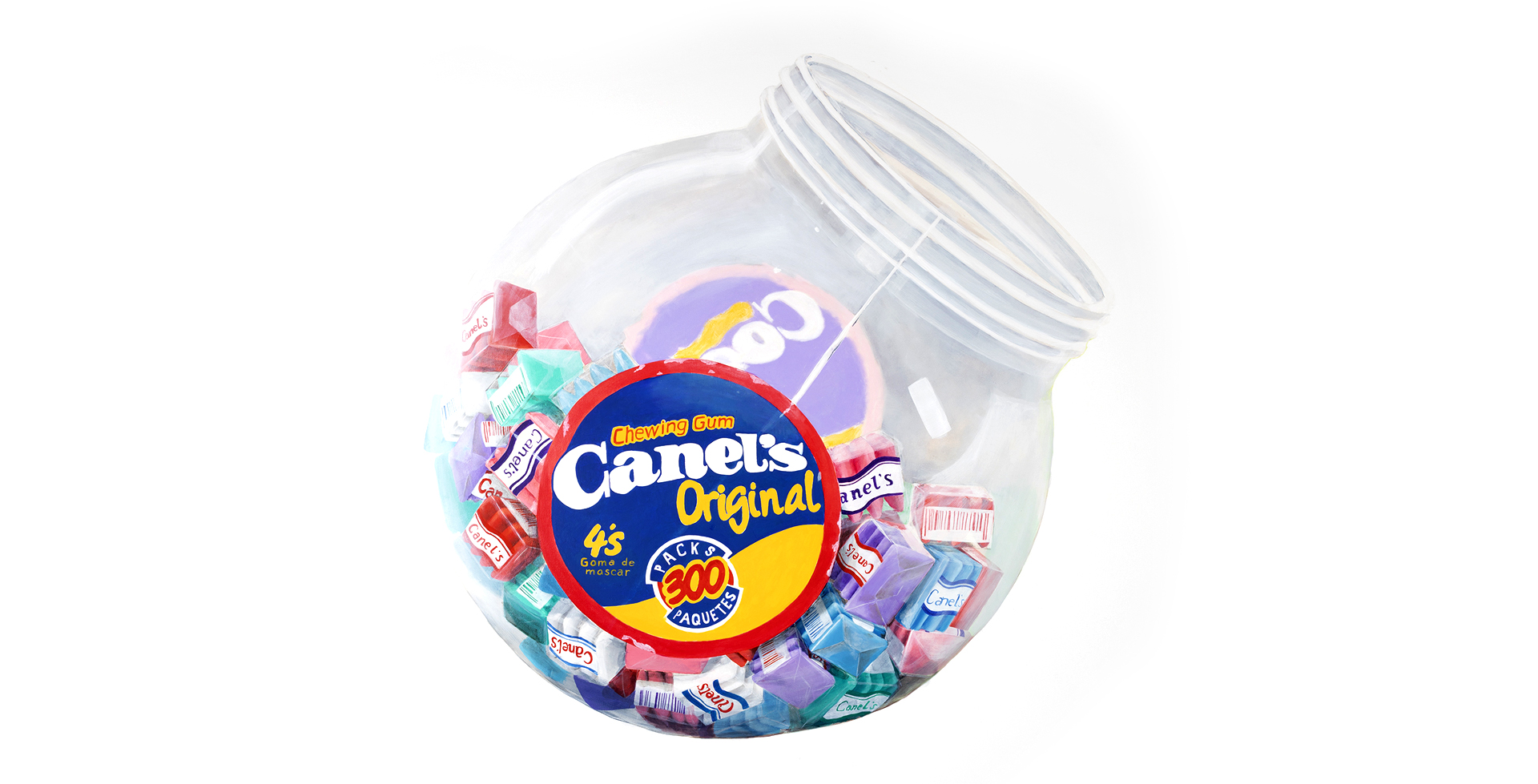 You might know Eva Marengo Sanchez from her recent mural at the San Antonio International Airport featuring “the rise of the concha,” but if anything is on the rise, it’s her! Well known for her signature food paintings, Sanchez makes everyone fall in love with classic oil painting all over again. Imagine still life paintings during the Renaissance, but bolder and Tex-Mex. Earlier this year, I had the chance to see her work in person and I can attest to the fact that my mouth watered at the sight of her photorealistic paintings of iconic Tex-Mex food. Want to see for yourselves? Don’t miss the opening reception of her upcoming solo exhibition First Person at Presa House Gallery this First Friday, December 6, 6 to 11 pm. 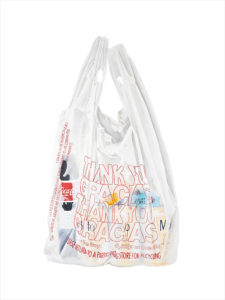 First Person is a continuation of her oil paintings that includes Louisiana crawfish, a pack of H-E-B original flour tortillas, a tub of Canel’s chewing gum, and a convenience store carry-out bag complete with a 6 pack of Modelo, Mexican Coke, American Spirit cigarettes, and trojan condoms —sounds like a party! Each oil painting is painstakingly crafted with particular attention to scale and composition, stripped of all nonessential information, and placed on a stark white backdrop to elevate what is commonplace and create a new iconic symbol of her bi-cultural and Tex-Mex experience. “Each of my paintings represents snapshots into moments and recurring themes in my life that tell a larger story about geography and culture,” shared Sanchez.

Eva Marengo Sanchez uses staple food items found predominantly in the San Antonio area to share her narrative. Visually employing a first-person narrative, Sanchez takes ownership of her experiences and identity. Born and raised in San Antonio, TX, the artist left once to pursue her undergraduate studies in Indiana and once again to Mexico City where she spent eight months studying Spanish, Mesoamerican Art and Architecture, and Art Conversation. It was then that “Sanchez realized food plays an important role in understanding who we are and how we see ourselves. Food creates a sense of belonging, particularly while we are the furthest away from home.” 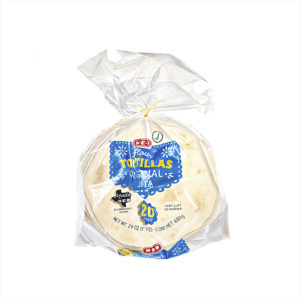 Sanchez explains she uses food as a way to talk about her life and celebrate her identity, “I love food and its power to carry memory, create community and shape identity, and as the subject of my work, it’s the way I express my family history, life in San Antonio, and contemporary Mexican-American culture. We all have a unique relationship with food, and the idea of making art that explores that relationship and is welcoming to people outside the art community is important to me. You don’t have to be an art critic to understand or connect to the emotions that food triggers.“

During the opening reception, Sanchez will be opening a raffle for a framed work on paper shaped like Texas and a beautifully detailed pink sugar concha placed right over San Antonio. Tickets will be $5 and 100% of the money raised will go to support Sueños Sin Fronteras de Tejas, a Latinx and womxn-led collective committed to supporting the child, maternal, sexual/repro health needs of asylum-seeking families. The lucky winner will be drawn on at the Closing Reception on December 28th.

Eva Marengo Sanchez (b. 1990) was born and raised in San Antonio, TX where she began showing an interest in art from an early age. In 2006 Sanchez joined the Teen Program at Southwest School of Art where she first fell in love with classic oil painting. After earning her BA in Human Development and Social Relations from Earlham College in Richmond, IN in 2013, Sanchez traveled to Mexico City where she spent eight-months studying Spanish, Mesoamerican Art and Architecture, and Art Conservation. It was there that she began her obsession with food and in 2015 Sanchez returned to San Antonio and enrolled in drawing classes at San Antonio College to develop her skills as a draftswoman. Since 2017 Sanchez has exhibited her food paintings at galleries throughout San Antonio including S.M.A.R.T Gallery, Choice Goods, Fl!ght Gallery, as well as the Casa De La Cultural in Del Rio, TX. Recently Sanchez completed murals at the San Antonio International Airport and another one along the N. St. Mary’s Strip as a part of the San Antonio Street Art Initiative.