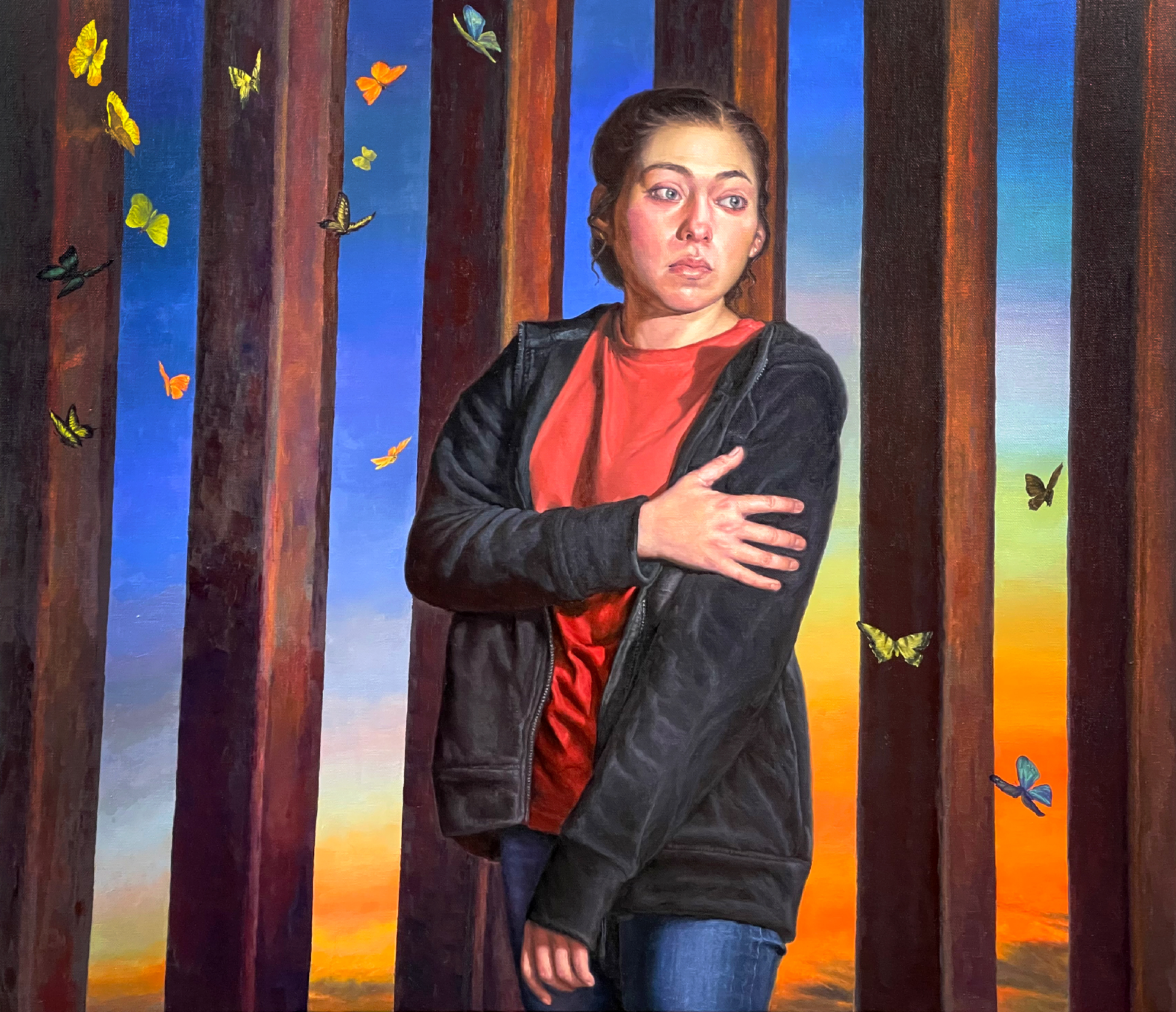 Though the area has been at the center of recent border wall debates, its complexity and diversity have been politicized and oversimplified for centuries.

South of the Checkpoint / North of the River at Presa House Gallery offers an intimate, pensive view of the Texan portion of the United States-Mexico borderlands. Though the area has been at the center of recent border wall debates, its complexity and diversity have been politicized and oversimplified for centuries. In reality, the region is home to a unique blend of Mexican, Tejano, and Anglo people and cultures, and its long history of conflict is often embedded into the landscape itself.

The exhibition’s three participating artists — Rigoberto A. González, Gina Gwen Palacios, and Jerry Lyles Jr. — have spent the majority of their careers living and working in South Texas. As the exhibition’s title suggests, their work addresses the border as a site of national boundary and abundant biodiversity, but also as a place pervaded by the experience of the in between.

Palacios’s paintings examine her deep ties to the land, and the ways that it’s used by others. In “Sunrise” (2021), two cotton pods stretch over a crowded field as a red sun emerges on the horizon. Sketched in agitated brushstrokes, the plant’s prickly calyxes signal the dark legacy of cotton, sharecropping, and exploitative labor in South Texas. “I absorbed my parents’ stories about migrant farm work, cotton picking, and the discrimination they experienced,” Palacios said. In other paintings, she shows floods left by the energy industry’s overzealous fracking, and desolate grasslands where blue plastic barrels hold water for crossing immigrants and refugees. Even when people aren’t visible in Palacios’s work, their presence and suffering is evoked.

Lyles brings the Western art historical tradition of plein air painting to South Texas. His works capture an Impressionistic sense of light and shadow across the area’s vacant shopping centers and sleepy neighborhood streets, but with expressive marks and pungent colors. “Stadium Parking #1” (2018) represents the artist’s interest in the places where nature and architecture meet. In it, a gnarled mesquite tree stretches over an empty parking lot, pushing the tidy faraway stadium and water tower to the margins of the picture. Like the region itself, Lyles’s work is pervaded by a sense of quiet, still heat.

González’s lush, exquisitely executed drawings and paintings contain echoes of academicism and the Baroque. His careful attention to detail in works like “Coyote (The Creatures of Prometheus)” (2021) and “Gothchola” (2018) — where individual blades of grass and strands of hair are meticulously rendered — imbue González’s subjects with a life of their own, making them feel more real. In these and other works, the artist depicts humans and animal border crossers who move freely between places and cultures. In “Mariposas en el muro (Butterflies on the Wall)” (2021), a woman standing beside the border wall’s steel bars is surrounded by butterflies. These are among the countless species negatively impacted by the construction and expansion of the wall, but, in a hopeful gesture, González shows the butterflies flying freely between both sides.