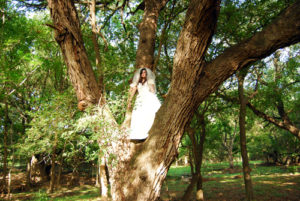 Joan Frederick: Me and My Big Ideas highlights a 40-year career and features both 2D and 3D photography and photographic sculptures, mixed-media works, as well as her more recent light-based installations.

Frederick is a photographer, multi-media artist, author, and Native American art historian, who arrived in San Antonio in 1986. Raised in Oklahoma, Frederick’s work is strongly influenced by the Native American culture she was embraced by and the diverse Mexican heritage she found in South Texas. Frederick’s artwork is intertwined with life, experimentation, and whimsy that draws inspiration from a wide variety of influences such as T.C. Cannon, Blackbear Bosin, David Hockney, Philippe Halsman, Yoko Ono, and her father. 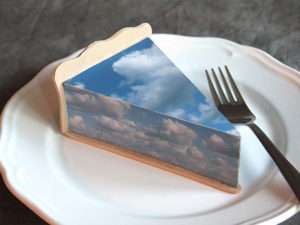 A former Taft High School teacher from 1992 to 2007, Frederick was awarded a National Endowment for the Arts Fellowship in 1995. That same year Frederick published her biography of one of the premier Native American (Kiowa Tribe) artists of the twentieth century, titled T.C. Cannon: He Stood in the Sun. Frederick’s work Marfa Lights, a 30ft. light sculpture, appeared in the 9th annual Luminaria Contemporary Arts Festival. Her work has also been featured in exhibitions at SMART Gallery, Bihl Haus Arts, Rendon Photography & Fine Art, and the Carver Community Cultural Center. Most recently, she was included in Common Currents, San Antonio’s Tricentennial exhibition hosted by Blue Star Contemporary.

In the past few years, my art has evolved to concentrate on light, minimalism, and space, using larger formats with environments and motion, pushing these mediums into nature. I am fascinated with light, refraction, and how the movement of changing light can affect a work of art to give it added depth and meaning. Working big has freed me to produce ideas that can be pared down to minimalism but enlarged greatly for a more significant impact. I have graduated into big space and ideas that a flat photograph on the wall can’t convey.

Trust \ Aqui No Mas \ Things I Draw at Night