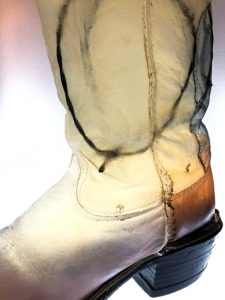 Jose Villalobos (b. 1988) grew up on the US/Mexico border in El Paso, TX, and was raised in a traditional conservative family. His oeuvre reconciles the identity challenges in his life caught in between traditional Mexican customs and American mores as well as growing up with religious ideals that contrast with being gay. In his artistic practice, Villalobos explores traditionally “macho” objects and reduces their masculinity often through deconstruction and embellishment.

Villalobos received a Bachelor of Fine Arts degree from the University of Texas at San Antonio in 2016. He was awarded the Artist Lab Fellowship Grant that same year for his work De La Misma Piel at the Guadalupe Cultural Arts Center. In December of 2018 Villalobos was one of 25 recipients of the Joan Mitchell Foundation Painters and Sculptors Grant, awarded annually to under-recognized artists working in the United States through a nomination and subsequent jury vote. Villalobos has exhibited and performed regionally, nationally, and internationally including exhibits at the Mexic-Arte Museum, Austin, TX; El Paso Museum of Art, TX; El Museo de Arte de Ciudad Juarez, Mexico; and will be included in the McNay Art Museum’s summer 2019 exhibition Transamerica/n: Gender, Identity, Appearance Today. 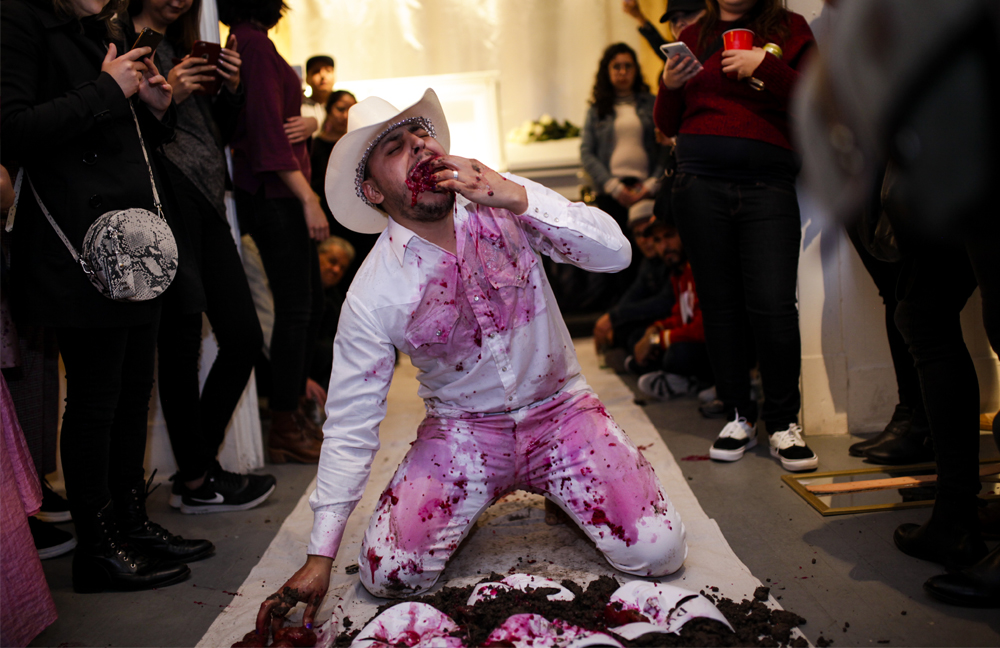 In Cicatrices, Villalobos juxtaposes distress with a feeling of comfort deriving from patriarchal and religious social structures which marginalize gay identity. Using found objects, he manipulates material through the context of self-identity as he examines gender roles within family culture. Villalobos demonstrates that dismantling traditional modes of masculine identity center an interstitial space where materiality softens the virility. In his work Villalobos protests the toxicity of machismo through the use of objects, specifically within the norteño culture, that carry a history by deconstructing and altering them. Although new forms are created he demonstrates the battle between the acceptance being a maricón and assimilating to the cultural expectations.