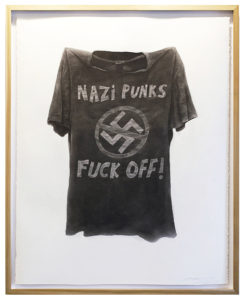 In Under Pressure, San Antonio native Joe De La Cruz (b.1981) presents a new series of drawings that serve as nostalgic eulogies of practical relics, and iconic indicators of identity and culture just before the inception of the digital age. Best known for his intricate graphite drawings of isolated objects and buildings, his work is often heavily influenced by his family and geographical upbringing. De La Cruz’s work archives personally sacred and endangered landmarks, fading typography, and the neighborhood residents specific to San Antonio and the South Texas region. De La Cruz has exhibited at the McNay Art Museum, Blue Star Contemporary, Rubio Gallery South and Fl!ght Gallery. De La Cruz has also worked as an independent art handler since 2012. 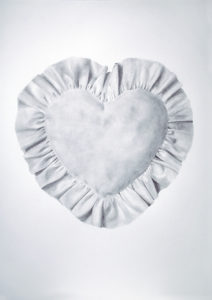 In Labor of Love, Corpus Christi, Texas-based artist Ashley Thomas (b.1984) re imagines the exhibition space of Presa House into the domestic setting it once was years prior. Thomas’ graphite drawings depict common household objects, decorative curtains, and laminated and upholstered drawing horses that create a live/work atmosphere. Many of these pieces were created to highlight the labor involved in contemporary art production. Artistic and domestic work, often romanticized or viewed as “non-work,” are displayed together to renegotiate the separation between working and living as an artist. Thomas received an MFA from the School of the Art Institute of Chicago in 2011. She has exhibited regionally and nationally including galleries in Austin, Marfa, Houston, Chicago, Brooklyn and Washington DC.